(WARNING: this post spends a lot of time talking about food. Read on an empty stomach at your own risk.) Technically, although Uni Bremen didn’t start break until the end of classes December 21st, I started my break December 18th, as my professors cancelled classes for the rest of my time there. I spent the weekend getting last-minute presents for my host families, cleaning, packing, and wandering around the Weihnachtsmarkt (or Christmas market) in Bremen. I have seen the Weihnachtsmärkte in Berlin, Bremen, Hannover, Freiburg, and a little bit just outside the Hamburg train station, but I think Bremen’s is my favorite. (No, I’m not biased at all. Really.) I took a few pictures of the market, which can be seen at the bottom of the entry, and must apologize for the picture quality. My camera gets cranky at night. There are also pictures of the view from my apartment window and the walk to the tram stop, though there is no longer snow everywhere.

On the 21st, I packed up and got a train to Freiburg, where my host family there picked me up and brought me back to Gundelfingen, a small village just north of Freiburg (side note: this family is one of a number of families I am acquainted with in Germany, as we have acted as host families for a number of German students). It was really, really nice to be in a family environment again. Normally at Dickinson I get a break from college life every couple of months or so, but this had been several months of living in a single apartment. I enjoy my solitude, but being somewhere with parents and children again was really nice. The 23rd I went into the city to visit some of my friends from the language course I took in Freiburg in September. I went to the Weihnachtsmarkt in Freiburg with one of them, and I found it was quite adorable (although my bias for Bremen won) and had Glühwein, Currywurst, and something called a Dampfnudel, which was this massive dumpling that we shared. It was filled with cherries and drizzled with vanilla sauce and more cherries. I spent the rest of the day seeing old familiar faces. Overall, an excellent day. The next day was the 24th, or Heilige Abend. The family I was with has a pretty structured set of traditions for Heilige Abend. First of all, they go up to a mountaintop in the Black Forest and meet with a bunch of old friends and have a bonfire, with homemade Glühwein. Then they eat at a little restaurant up there. The one hitch in the plan this year: it started snowing like crazy that morning. We actually had to go switch cars, since the first one we were driving didn’t have good enough handling in the snow. I remember thinking while in the car on the way up, “I’m driving up a mountain in the Black Forest on Christmas Eve in the middle of a snowstorm to go drink wine at 11 AM. I’m kind of in love with Germany.” <3

After a delicious lunch, we went back home to rest a bit before the church service that evening. This family is Catholic, and I am Lutheran, so it was my first time in Mass for a while. The service was quite beautiful, and I enjoyed singing the Christmas songs in German.

Once Mass was done, we went back home and the children (including me) were not allowed into the living room while the parents set up for Christmas. When we finally were allowed in, the presents were under the tree, and my family was on webcam, along with the son of my host family who is currently living in America with my family (long story). But they watched us open up presents and sing Christmas songs, and it was really nice. The host family really was too generous to me, and it was a beautiful Christmas Eve. It felt strange to know that I had opened all of my presents before it was even Christmas day in America, though. We had a dinner of lots of little delicacies, like salmon and special meats and so on, I went to bed that night feeling surprisingly at home.

Christmas day we drove three hours to Wetzlar to visit the paternal grandparents of the family. Right after we got there in the late afternoon, we had tea and cakes, and then that evening we had fondue, and talked with one another until after midnight. The next morning I got up and met with the son and the mother of one of my mom’s friends– another one of our random connections to Germany. We talked for perhaps an hour, and the son took me on a driving tour of Wetzlar before returning me to my host family. Wetzlar is an adorable little town with interesting history– Goethe lived there when he wrote Werther, for instance– and I’d love to go back.

The host family and I then drove to Usingen, where the maternal grandparents live. We had the traditional Christmas dinner with them: goose, potato dumplings, and red cabbage. After sitting and chatting a bit, the parents and I said goodbye to the kids, who stayed with their grandparents, and we drove all the way back to Gundelfingen, a drive made longer than necessary by the fact that it had been snowing on and off since Christmas Eve.

I left Gundelfingen on the 29th to visit my other host family, who lives in Dörnberg, a small village not far from Kassel. It was nice to be with them, too– the family dynamic is different. The family in Gundelfingen has children who are younger than me, The oldest is 16, the middle 15, and the youngest 10. With the family in Dörnberg, the daughter (who was an exchange student with my family in high school) is about my age and is also in college. We commiserated, because we both had a load of work to do over the break and it was No Fun. Most of the time I spent with this family was spent doing homework, so I don’t have as many exciting adventure stories about Kassel, unfortunately.

New Year’s Eve, however, was spent at the daughter’s boyfriend’s house. We mostly played video games and chatted until midnight, when all of a sudden EVERYONE went out into the streets to set off fireworks. Children were running around with sparklers, church bells everywhere were tolling, and you could see fireworks and smell smoke everyhere. It was one of the most awe-inspiring, beautiful things I’d ever seen, because I felt like everyone was celebrating the new year… But all I could think was, “I really wish my friends and family were here so they could see this.”

I’m looking forward to 2011. I turn 21, though that doesn’t mean much in Germany. It’s the year when three of my friends are coming to study in three different countries in Europe, giving me new visiting opportunities, and when a few more friends might drop by good ol’ Germany to visit me. My mom and my aunt are coming at the end of February, my sister might visit in May or June, and my brother and dad might come together in the summer. I will be going to Vienna, Rome, Paris, Utrecht, Amsterdam, and possibly London, Venice, and Salzburg if all goes well. I go home in 2011, and it is also the year I become a senior, which is mildly terrifying. I’m going to try to make 2011 the best year I’ve ever had so far, and I hope it treats you all well too. 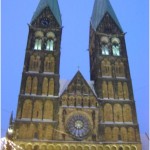 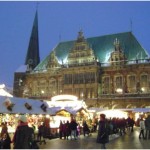 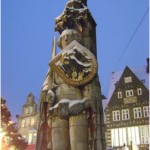 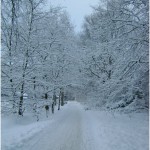 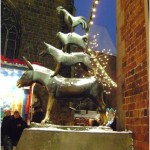 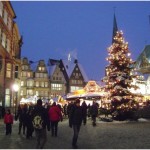 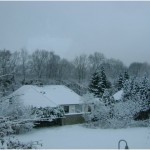 Dickinson students were mentioned in a booklet honoring the Sixtieth Anniversary of the Carl Schurz German-American Club (CSDAC). The picture shows the exchange students of 2003/2004 participating in the traditional Thanksgiving Dinner CSDAC organizes every year. We are thankful and honored to be part of this annual dinner where Germans and Americans come together celebrating America’s long-lasting tradition and we are looking forward to this year’s event!