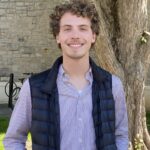 I was recently accepted into the 2022-2023 Congress-Bundestag Youth Exchange (CBYX) for Young Professionals, a fellowship funded by the US Department of State and the German Bundestag that allows 75 American students the opportunity to spend a year in German to study both the German Language and their academic interests, complete an internship, and engage in cultural exchange. A close friend of mine and fellow exchange student from Vanderbilt University who participated in my 2020 spring semester abroad in Bremen, Molly Wells, is currently completing the fellowship and told me about the opportunity.

In order to qualify for CBYX, an applicant must be a high school graduate, be between the ages of 18 and 24 1/2 by the time of the program’s start, have a desired career field, and be an American citizen. The requirements are set to allow applicants with a wide variety backgrounds to participate in the main directive of this program: citizen diplomacy. The 75 Americans part of each cohort act as cultural ambassadors to present to people in German academic institutions, workplaces, and community spaces the best, and brightest of young career-focused Americans regardless of their backgrounds.

With that mission in mind, I had to show the program coordinators when applying for the fellowship my commitment to citizen diplomacy and my professional direction. While CBYX does not require prior knowledge of German, my extensive knowledge of German showcases my ability to already effectively engage in cultural exchange with Germans. Additionally, my background in foreign languages and studying abroad similarly demonstrates my interest in general cross-cultural communication.

As for professional direction, I wrote on my application my intention to pursue a career in the historic preservation of architecture. Describing my past internships working at architectural history sites and my major in art history conveyed to the program coordinators my familiarity in the field. Demonstrating these qualities to the CBYX coordinators led to a successful application. 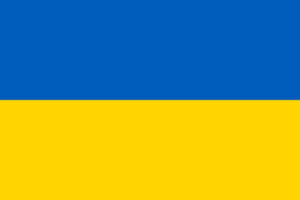 The University is reducing its ties to Russia to a minimum. At the same time, it declares its solidarity with Russian researchers who have written an open letter against the war in Ukraine. Additionally, there are offers of assistance for refugees.

“Our concern and sympathy goes out to all people affected by this war,” says President Bernd Scholz-Reiter of the University of Bremen. “Due to the Russian government’s belligerent and illegal attack of Ukraine, we see ourselves forced to reduce cooperations and collaborations with Russian scientific institutions to a minimum.” This means that currently active exchange programs will be frozen and no new ones initiated. However, contact will be maintained with Russian researchers. What will be significantly affected are the cooperations and collaborations with St. Petersburg State University, the Higher School of Economics, Belgorod State University (BELGU), and five other previous partner institutions in Russia. The university is acting in alignment with the recommendations made by the German Academic Exchange Service (DAAD) and the Alliance of Science Organizations in Germany.

The President thanks the Russian researchers who found clear words against the military attack on Ukraine in an open letter. “We declare our solidarity with them and remain in personal contact with many of them.” The letter was recently published on the internet. According to the Frankfurter Allgemeine Zeitung, more than 380 scientists had signed it within 24 hours. Among them are numerous members of the Russian Academy of Sciences, which is considered the most recognized research institution in the Russian Federation.

Offers of Help
The university is in contact with Bremen Student Services Organization (Studierendenwerk Bremen) regarding the establishment of counseling services for its Ukrainian students and the possible intake of refugee students and scholars in the Student Services Organization’s apartments. The apartments for visiting scientists of the University of Bremen will also be made available.

In addition, the university will do everything in its power to offer refugee students from Ukraine follow-up opportunities in its degree programs. This is to already be made possible in the upcoming summer semester. The planned immediate recognition of Ukrainians as refugees will also allow prospective students to access HERE AHEAD (Academy for Higher Education Access Development) programs at Bremen’s state universities. The institution prepares international prospective students with and without a refugee background for studies in Bremen.

The full press release can be found here: