As every year, we were happy to celebrate Thanksgiving with the Carl Schurz German-American Club in Bremen in a festive atmosphere… 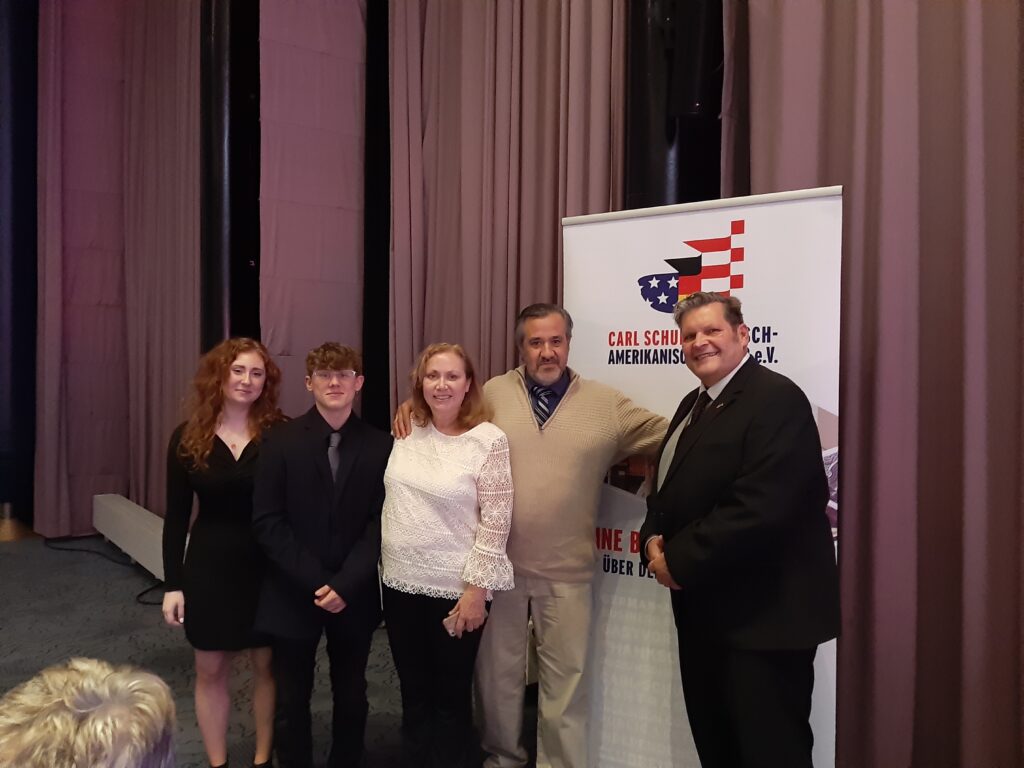 Our student Vasilisa with her family and the President of the German-American Club, Ulf-Brün Drechsel 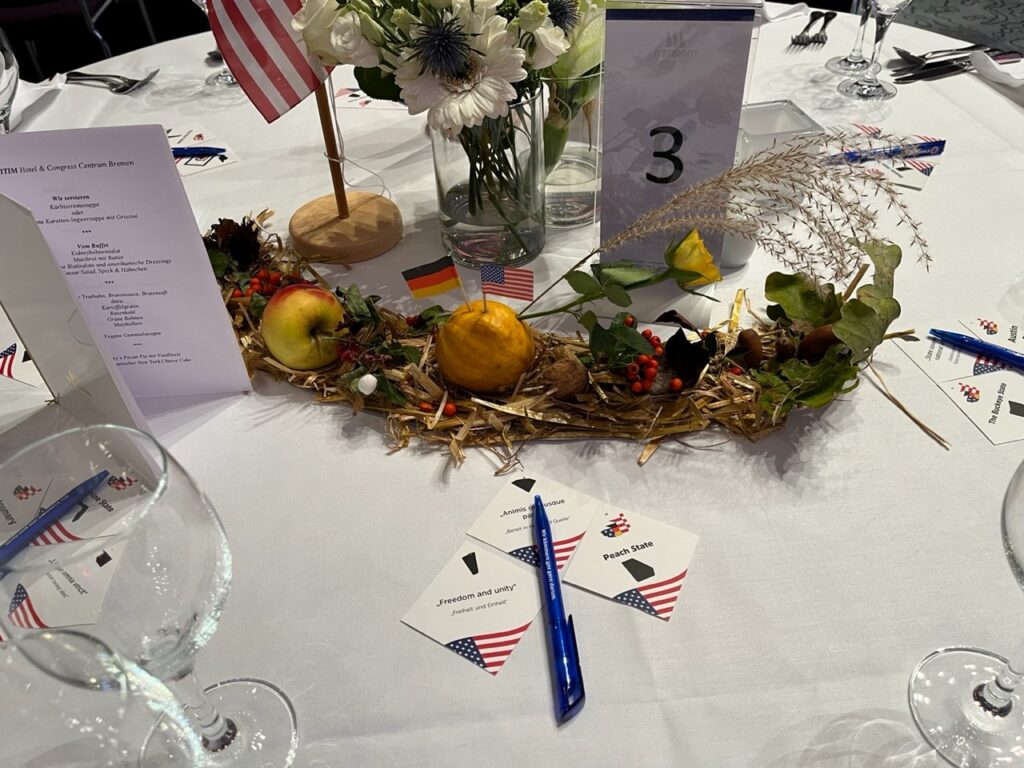 Thanks to everyone for a wonderful evening and a great meal! 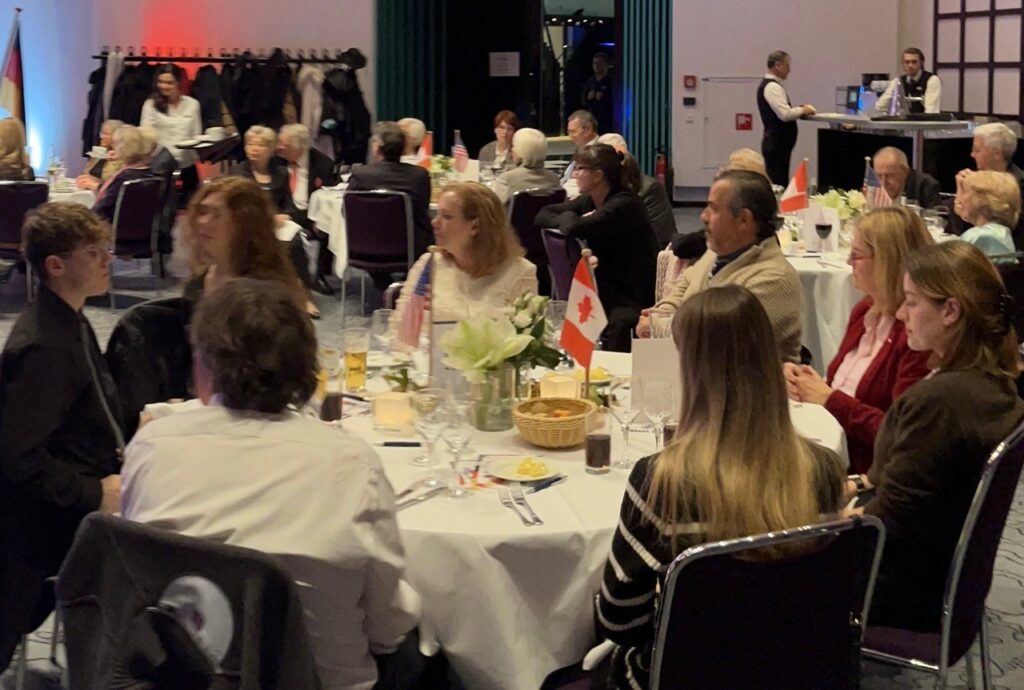 Listening to a welcome speech before dinner 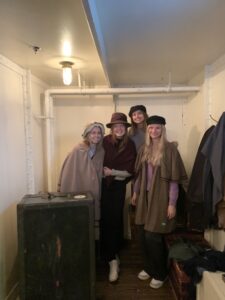 Our course “Comparative Cultures–USA/ Germany” went on a trip to the “Auswandererhaus” (Emigration Center) in Bremerhaven. In the beginning, each of us received a biography from one of the immigrants who travelled from different cities to the United States. As the tour continued, we got more information about their crossing as well as their lives in a foreign country. The guide told us a variety of interesting aspects and facts from 1620 to the present. We were able to get an insight into the history of immigration due to a multimedia exhibition. Over all, it was a great experience with lots of new knowledge and laughter. 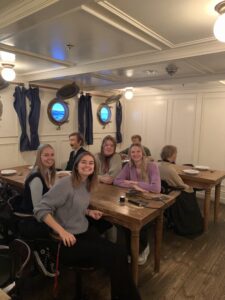 On the transatlantic ship passage 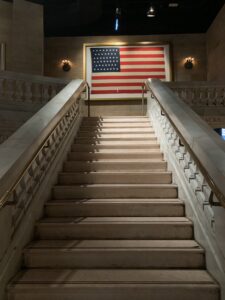 November started with a wonderful visit from our colleague, Prof. Alyssa DeBlasio, Associate Professor and John B. Parsons Chair in the Liberal Arts and Sciences in the Russian Department at Dickinson College.

She was invited to the annual literary festival globale° (http://globale-literaturfestival.de/) at Bremen to participate in a panel discussion on November 5, 2022 under the title “Literature and Science in Times of War” (https://globale-literaturfestival.de/05-11/). The in-depth discussion centered around questions of how Russian studies and Slavic Studies in general should react to the Russian War on Ukraine, among them: Should one cancel or re-evaluate certain pieces of art or literature? How does the present influence our ways of looking at the past and its cultural products? Prof. DeBlasio made the important suggestion to de-center Russian studies from Moscow, meaning to acknowledge all the Russian-speaking people and cultures outside of a Moscow-centered narrative which needs to be critically evaluated. Oxana Matiychuk, a Ukrainian German philologist at the University of Tscherniwzi/Czernowitz, corroborated this with regard to Spanish studies which are not focused on Spain alone and German Studies which should not uncritically coopt Swiss or Austrian authors, for example. 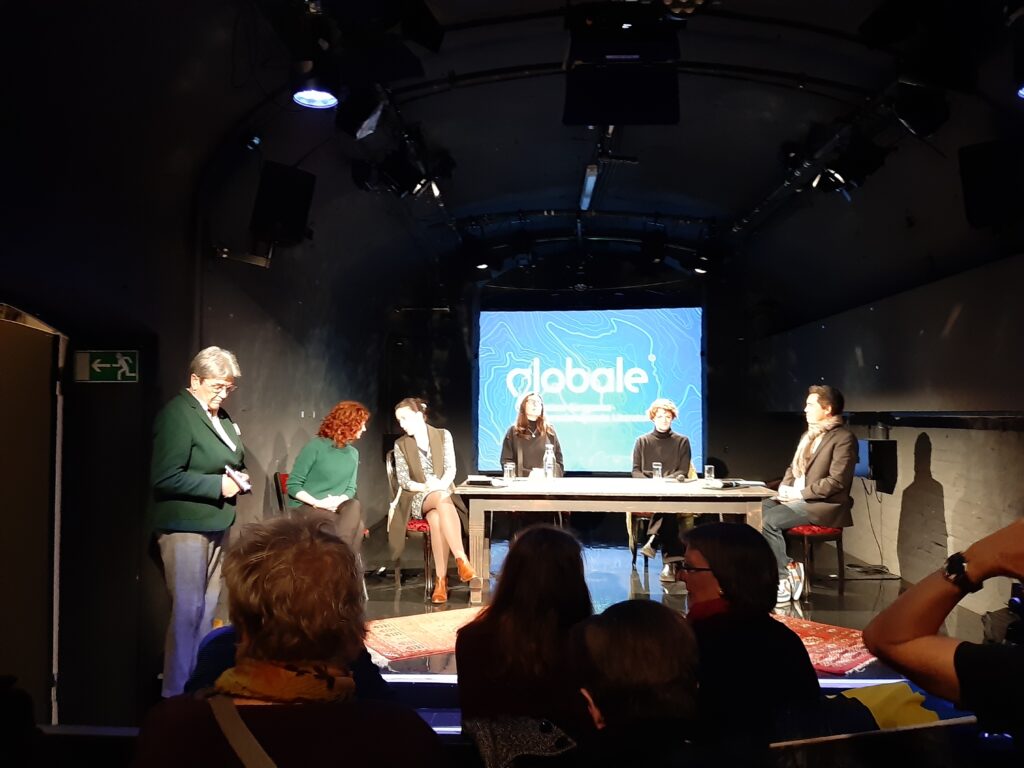 Thankfully, Prof. DeBlasio had already been preparing for some years, together with Izolda Savenkova, a textbook to do exactly this: ПРО-ДВИЖЕНИЕ: Advanced Russian Through Film and Media. Forthcoming with Georgetown University Press, 2022.

The invitation occurred via a nice Dickinson connection which underscores the depth and impact of the long-lasting partnership between Bremen and Carlisle through our exchange program: Two former students of the University of Bremen, Merle Meyer and Daniel Schmidt, who had studied abroad at Dickinson College, were part of the organizing team of the globale°. Daniel, who had taken a class on “Philosophy and Literature” with Prof. DeBlasio, invited her to contribute a text on the letter “Z” for an event at the Bremen Theater in March (https://www.theaterbremen.de/de_DE/wort-ergreifen-2) and then invited her to the globale°. Maybe this can be seen as a reminder of how important international communication and cooperation still is – these days more than ever. 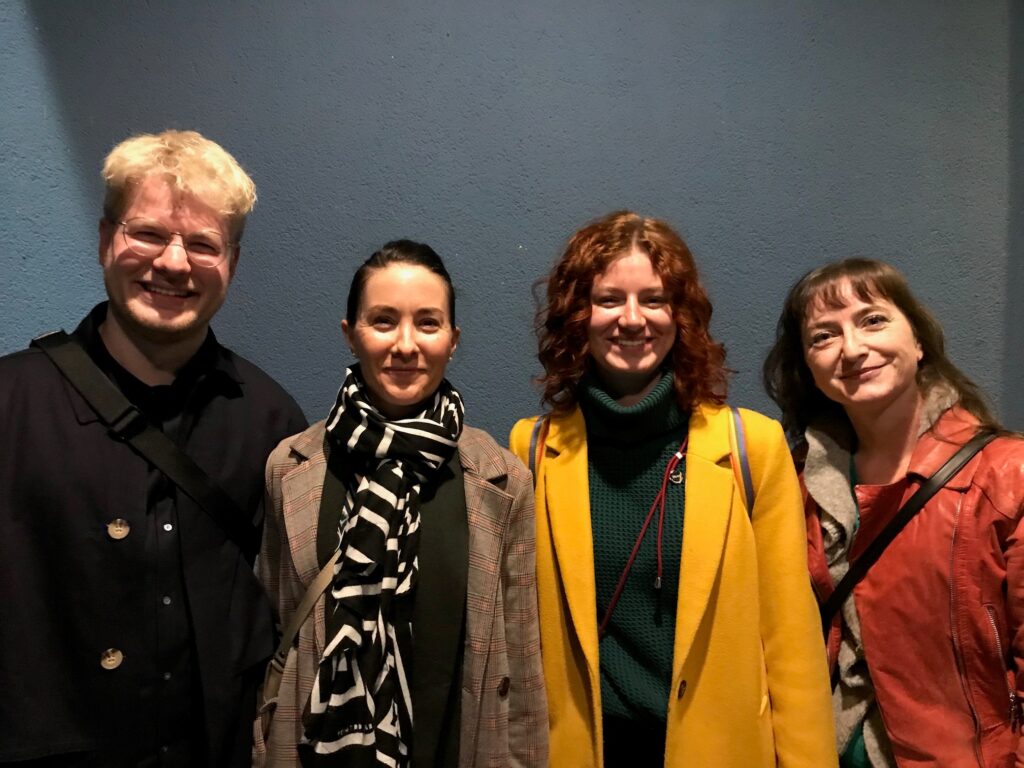 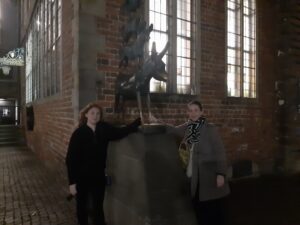 Vasilisa Pallis, student of German and Russian Studies, currently studying in Bremen, with her professor DeBlasio at the statue of the Bremen Town Musicians, making a wish 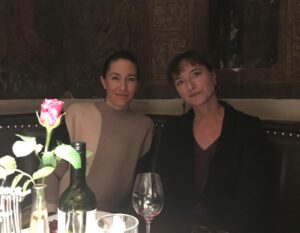 Alyssa DeBlasio and Janine Ludwig at the Bremer Ratskeller